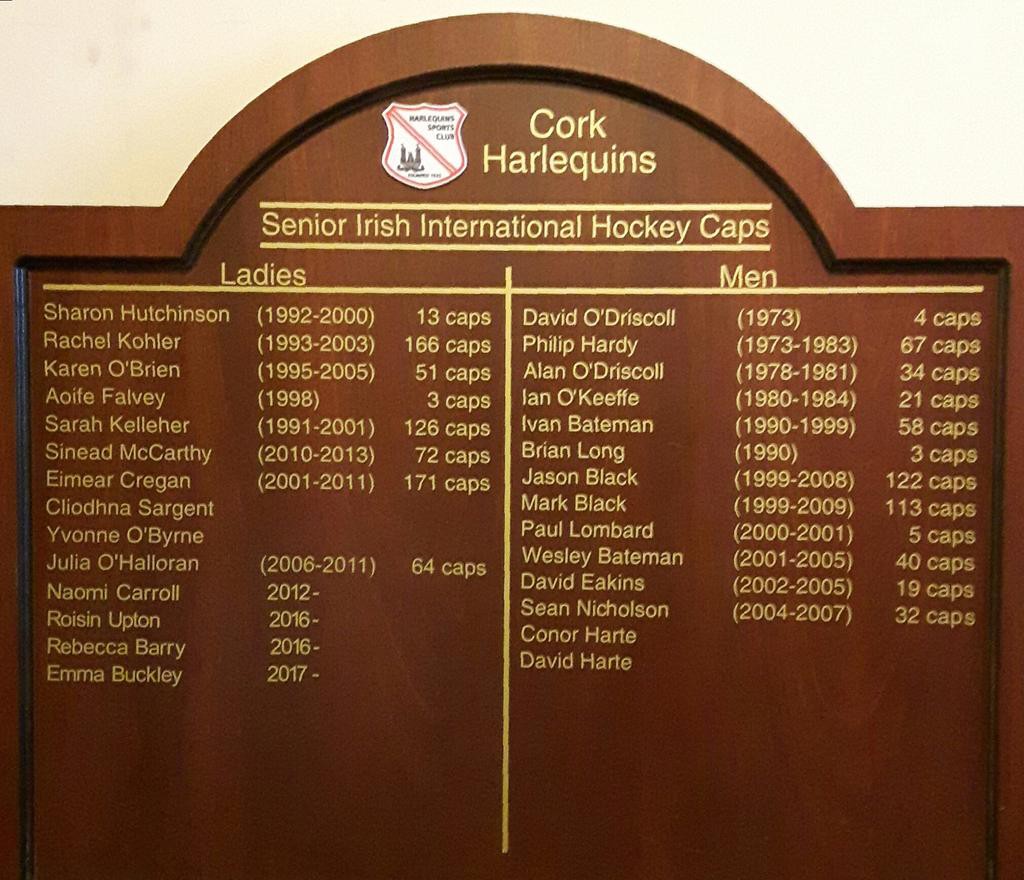 Cork Harlequins Club recognises the achievements of the Club and its members on this Honours Board.

Most notably Conor and David Harte both competed at the 2016 Olympics in Rio, the first time a men’s hockey team had reached an Olympics and Yvonne O’Byrne and Roisin Upton were part of the Silver medal winning Irish team at the 2018 World Cup in London, the first Irish team in any sport to reach a World Cup final.

If you notice any gaps or corrections please let us know at facilities@corkharlequins.com